A line from Allen Tate


The colder months are a chart, a psychological blueprint for the basics of both pop & traditional Chinese medicine. Intro-duce a few new elements—the sampling & mixing ofdiverse downtown apart-ments; germination ecology of the clonal grassland; issues with city government—& any incoherence can now be better understood in terms ofcreative interaction between objects or the careful feeding of cats to keep them healthy.

***
Utamaro in the Everglades


After the storm
he / gathereddriftwood &


seaweed, sat
back, replayed their patterns


on the green-
screen of his
mind. Three


geisha took  turns to bring
him tea, each
geta clack a


thoughts be-
fore each
break. Else-


where flamingos gathered to
test the re-shaped edges of the river.


How do you go about creating a language?


Do you start with the I, make it egocentric? Or do you create conjuncted verbs, so that the person is secondary, the action paramount? Do you generate a list of what's about you, name them, add the sensual verbs & create additional adjectives? Do you apply some sort of Grimm's Law, d to th, that sort of thing, so the language is an extension of what currently exists?


Is there a purpose, a reason, for a new language? It also presupposes someone to speak it with or write in it to. Someone who wants to share it with you. You is now I though they are the / same person. Which brings in they, though it's really we, though it's really me broken in two. The interior. The exterior. In that case, what's the word for the entire?


She spoke in a way no-one had ever spoken before. Everybody listened. No-one heard.

the basis of all later versions


Mendicant friars say all therepositories are up to date eventhough there are some broken pages. My brother says the local packages are newer than those existing in the repositories buttheir messages are all in Greek. An alternative sperm bank for finding sperm donors is alive & thriving in down-town Montreal. My brother has taken a page out of the “bring traffic to your website” handbook, setting the stage for clickbait by the posting ofheadlines that will catch the eye.(Voir aussi parent, foster parent, lone parent, lone parent family.)My brother, who has never attended a weight-loss clinic,remains committed to a legally incoherent vision of invisible banking Trojans.Please support his work bymaking a donation via PayPal.


A line from Jimmy Carter


Contemporary Manhattan is a
beautiful mosaic. But overlay
a database of all ground-
mounted solar projects upon it


& detailed schemata of the re-
mains of exotic animals & the
water systems entombed beneath
emerge. The body begins to use


its stored sugar & any scaffold
that is not standard. There are
arcane rules revived, which is how
they took our planet from us. Now


Karl Marx traces the historical pro-
cesses of modern expropriation in
a new series that is due to premiere
on HBO. I need to call Mother.

it would
be good
to know


Haiku on the Fence

Bright side of the street 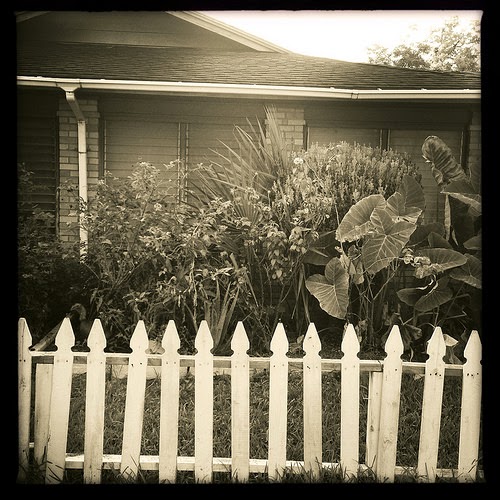 O Maenad Noon,
now that you are a year older,
invocations are letter-authentic
ooh ooh Maenad Noo-oohn,
ooh ooh Maenad Noo-oohn
you deserve a break today
so get up and break away
now you see me now you don't
look for me where the paper boats float
in this flight from lions,
the detour is subterranean
and we meet Eurydice coming up
alone to be devoured

In Praise of Losers


“However high the praise, there’s nothing worse
Than sharing honors with the universe.
Esteem is founded on comparison:
To honor all men is to honor none.”
— Molière, The Misanthrope; trans. Richard Wilbur.


Let us praise the insecure,
the mediocre & the dull;
let us laud the guileless sod,
the hapless dolt & witless clod.
Here is an era epicene,
where puissance promotes gangrene;
where weakness is a virtue earned
& victimhood makes honor roll.
Who suffers most compels the best,
who is oppressed has highest rank;
it’s echelon turned inside out
& schadenfreude made valiant.
Where once the tyrannized rebelled,
they now have meetings to shed tears;
they hug & moan & wait their turn
to one-up the last sad story told.
There is no end to specialness
conferred upon laments & plaints;
establishing adversity
endows effete monocracy.
Identity is negative
& persecution the new boast;
status, once derived from skill,
now goes to those who snivel most.
Let’s elevate the booboisie
& celebrate their wretchedness;
how ’bout we outlaw excellence
to consecrate incompetence.
Now that everyone’s a laureate
distinction doesn’t mean a whit;
when high praise goes to all maumets
valor offends, or else its wit submits.
Three cheers for the dumb,
let’s hear it for the chumps;
the addlepated get first prize,
all winners should be penalized!


Synopsis of a Courtship


It’s the gentlest storm,
this barometric pressure
presaging a unison.
Curiosity infers a missing.
Trees may sway in the wind,
a future imploring their skin.
Denial unravels when it’s confronting
the problem of rain.
It’s the quietest of storms,
these exchanges of words
exploring respective similitudes.
Assessing foretokens a longing.
The soil absorbs information
to succor refurbished nutrition.
Circumspection submits to acuteness,
confessing the problem of thirst.
It’s the most complaisant of storms,
this ushering of puissance
amidst convergent elements.
Motion concedes desideratum.
Clouds unfetter unsettled satiety
upon earthly circuits of covetousness.
Parsimony capitulates to quenching,
attesting the dilemma of appetence.
It’s the tranquilest of phenomena,
this interosculated motion
redounding dialectics of pith.
Reciprocation is indispensible.
Roots will swell and luxuriate with weal,
transmitting data to enraptured land.
Ambivalence expires, for all matter is made facile
when rudiments of cupidity impetrate the soil.

The Altruistic Art of Unpopular Complaint


Way back in history when people lived in caves,
spiders were for lunch & nightcrawlers, midnight snacks.
When leaves from trees were clothes
& globs of mud warmed up one’s toes
there was a person who declared, “This rather sucks,
I’m sick of it, we need a source of heat.”
This individual proceeded to rub sticks,
thinking that the friction
might create a calid flash. But hark!
Everyone in that town — deep in caves underground —
admonished him (or was it her),
“Desist & cease your ceaseless gripes.
We have lived a long, full life shivering & liking ice
& we’ll have no complaining here or, worse,
remediation thus; it’s radical — nay, dangerous —
to rub at sticks or coax a flame,
it’s always best to stay the same,
tralatitious & inane, & so you must submit to us —
progress is a villainy.” Of course, this person
rubbing sticks did not desist & — lo! behold! —
made a fire which quite contrived to make
a warmer world. The genesis of this great deed
wasn’t necessarily raw food or caves or cold
or ice but dissatisfaction & remonstrances
which authored forward motion in the
human race.


CHORUS:
Expostulations & polemics,
objurgations & philippics;
social motion is the story
of invectives & chagrin.
Next, there came an era when
all the people stayed in place —
the towns were small, the lives were dull
& everybody felt crowded.
There was a chap (or perhaps a lass)
who had the thought of travelling
across the sea with boats that float
to find some other place
where things were new.
It started with “Ah, screw this town!
I just can’t stand to be confined
with the same faces everyday. Nothing’s
new, it’s always trite, this & that all day & night —
it’s tedious!” But, lo! behold! this chap (or lass)
commenced to build a ship (or two)
but all at once the whole town said,
“You must desist, the world is small,
you’ll never get a better place, it won’t work,
you’ll not succeed — just be a rustic bumpkin
like the rest of us.” Well, we can all appreciate
our lucky stars that tack went flat
& ships did sail & lands were found
& railroads built & here we are, computering
& sipping Cokes & all that jazz — & all because
disrelishments & abhorrence
is part & parcel of progress.
CHORUS:
Deprecations & dischord,
brickbats & disparagements;
evolvement of society
begins with sour obloquy.


Pissing & moaning, kvetching & bitching,
where would we be if we had
no disgruntlement?
If everyone was happy
& contentment was the rule,
who would make a lightbulb
or invent a ball-point pen?
There wouldn’t be improvements
like the wheel or shaving cream,
penicillin, instant coffee or the
DSL connection. We’d still be
eating bugs, scratching fleas &
feudal serfs; we wouldn’t have
the woman’s vote, postmodernism or ice cubes.
Feeding Christians to the lions
& the Spanish Inquisition,
burning witches at the stake
or shrinking heads of other tribes —
these were rules that had to go
& challenging the status quo
started with a grunt that articulated gripes,
then evolved into complaints & blossomed forth
new governments. “Be the change within yourself”
is what all despots will suggest, but
complacency is fit for fools
whereas sedition is the gift of saints.
CHORUS:
Expletives & calumnies,
epithets & billingsgate;
amelioration of the world
began when the first curse was hurled.1


1. “The first human who hurled an insult instead of a stone was the founder of civilization.” — Sigmund Freud.

Posted by Halvard Johnson at 11:15 AM No comments: